From Oct. 15.th – Dec 15.2018 I was the resident artist in the small town Huenfeld in northern Hessia. I lived in the unique artist tower in the center. A lot of famous artists stayed here before me, but it seems no one ever stayed that long. 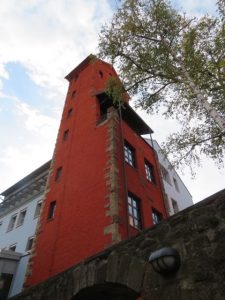 Huenfeld is a small town near Fulda, quite conservative & catholic. The biggest place is the the St. Bonifatius monastery of the Oblate-Brotherhood, a missonary order.

But it is also home to the Huenfeld Museum Modern Art in the old gasworks.  German-Polish Artist Juergen Blum-Kwiatkowski established a unique collectiion of minimal and concrete art. He also initiated the “Open Book” Project in which the city of Huenfeld itself serves as an “open Book” with mostly concrete & minimal poetry on more than 100 walls. 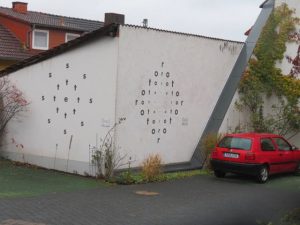 Another wonderful place is the Konrad-Zuse-Museum, which displays early computers build by computer pioneer Konrad-Zuse in the 1940s and 1950s. The old computers are wonderfully restored by Herbert Topat, the only  person in Germany who is able to bring them to life again. Most of the displayed computers can be operated. 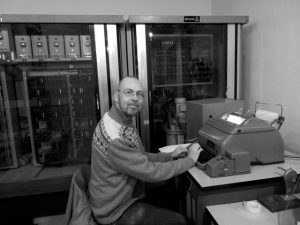 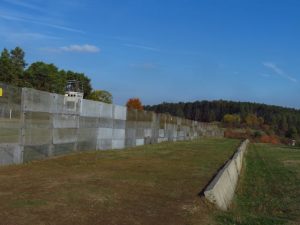 A few kilometers outside of Huenfeld you can find remnants of the East German Wall & Point Alpha Memorial – the US Army Observation Point of the border during cold war. A second museum on the old border explains about the development of the wall and about the cold war in general. The whole area was called the Fulda Gap, a place where the Russians were expected to invade West-Germany. Since the US-Army knew it did not have enough capacity to stop a serious Russian invasion they developed small nukes they would throw in that case. The civilians were not to be warned, otherwise they might block the roads. Of course the nukes would also kill their own soldiers. These cynical strategies fired up the peace movement in the 1980s. Now the archives show that the Russians/East Germans had indeed very detailed plans for an invasion of West-Germany. Makes me shiver to see, how close to hot war we really have been.

Since 2015 there are also three refugee camps in and around Huenfeld. Together with Syrian/Venezoelan refugee Latifah Hamchou I was able to create a project I called “Huenfeld Open Stage International” where Immigrants & refugees could present poetry, music & dance. 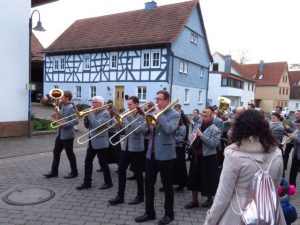 I had been to some artist residencies abroad but this was my first artist residency in Germany. It was way more interesting than I thought. I learned a lot about local traditions but also about the many transitions this place has gone through. What we think of as “old traditions” is in some cases not that old at all. A lot of “traditions” were obviously invented in the 19th century, especially true for the brass music. Most of the “traditional” music & dances originate in Bohemia & Habsburgian culture of the 19th century.

The church culture isn´t local at all. The catholic church is a huge international company and most of the rites are the same all over the world. None of the local priests I met were born in Huenfeld. They come from all over Germany and from neighboring countries. They don´t speak and often don´t understand the local dialect. 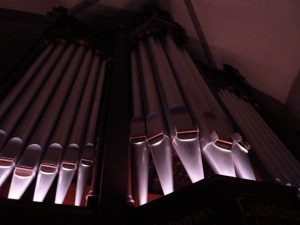 I also learned about the (church) organ. I understand it is much more than just another “instrument”. With it´s immense possibilities of sound it´s a symphony orchestra played by one person. It looks more like a piece of architecture than an instrument. It is constantly rebuilt, it can be put up in another place or you can integrate parts of other organs. Organist Mathias Steinmacher invited me to have a look behind the scenes. I was just blown away by seeing how huge & complex this is. I was also surprised to hear that many church organ players love to improvise & to create crazy sounds that will shake the whole building.
In the end I created a chapbook with poems & a cd with fieldrecordings from Huenfeld. 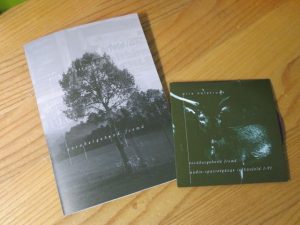 Across borders – New Georgian poetry on the move

London now. The art of literature. Performing on June 8th at Christies